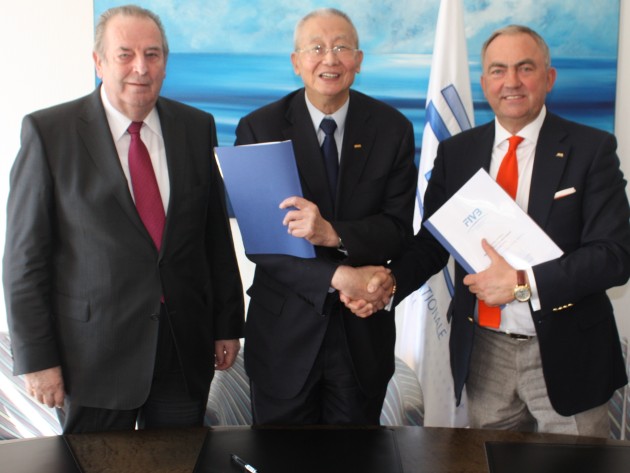 Poland was announced as hosts of the FIVB’s premier event for men in 2008 but the Organising Committee Agreement signed between FIVB President Jizhong Wei and Poland Volleyball Federation president Miroslaw Przedpelski during the FIVB Executive Committee meeting taking place at the FIVB headquarters in Lausanne, Switzerland underpins the strutural competencies and responsibilities of the respective parties.

It will be the first time Poland has hosted an FIVB World Championship, which will feature 24 teams of which only the hosts are automatically qualified. The Preliminary Rounds for the 2014 World Championships will begin later this year with the registration process now open.

Volleyball in Poland has enjoyed a huge surge in popularity over the last few years with Gdansk hosting the spectacular 2011 World League Finals where the Polish men’s team finishing third while they collected silver at the FIVB World Championship 2006 in Japan and a year later Katowice hosted one of the best-ever FIVB World League Finals. Poland will also host the FIVB Beach Volleyball World Championships 2013.

The FIVB Volleyball Women’s World Championship 2014 will be hosted in Italy.

The Brazilian men’s team and Russian women’s team have claimed the gold medals at the last two editions (2010 and 2006) of the FIVB World Championships.