Lausanne, Switzerland, March 16, 2012 – The FIVB Executive Committee concluded its two day meeting at the FIVB headquarters in Lausanne, Switzerland on Friday, putting forward key recommendations for approval to the FIVB Board of Administration, which will meet from Saturday to Monday, focused on key development, financial and marketing initiatives. 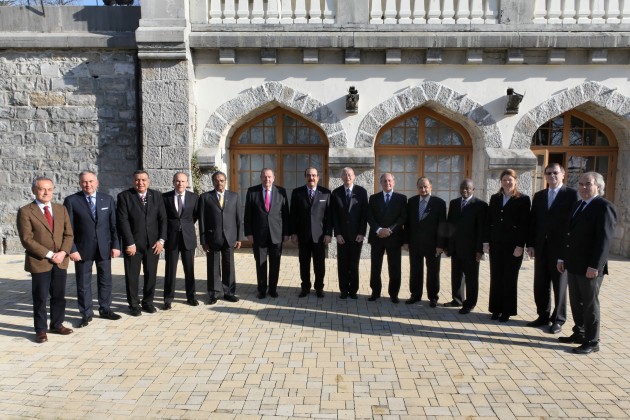 The 15-member Executive Committee recognized the immense reform and achievement undertaken by the FIVB in recent years notably in its transparency and openness, as well as in development thanks to the development fund and new initiatives like the Beach Volleyball Continental Cup which since its introduction in 2010 has seen 142 countries participate of which 50 organised a total of 70 tournaments.

“The important discussions which have taken place over the past two days have set the FIVB up for sustainable development and coordination across all parties,” FIVB President Jizhong Wei said. “After thorough evaluation, the proposals from the FIVB Executive Committee to the Board are crucial for volleyball’s long term future with continued reform important, especially in permanent audit, control and risk management.”

“From one side we will encourage volleyball elite. More spectators and television viewers, equals more sponsors. On the other side we have to encourage the competition at the grassroots level, schools and developing countries. This will push development.”

Other key points reviewed included the implementation of a new financial system and fixed procedures as well as modifications to the FIVB’s competition system.

The Executive Committee also received a report on the key marketing activities of the past year, which focused on the rebranding of the past year, the FIVB television and sponsor strategy whilst also acknowledging Thursday’s celebrated signing ceremony which appointed IMG, Dentsu and XYZ to market the FIVB’s commercial (marketing and media) rights for the period 2013-2020.