Lausanne, Switzerland, March 17, 2012 – The 2012 FIVB Board of Administration meeting started at the FIVB headquarters in Lausanne, Switzerland on Saturday with President Jizhong Wei highlighting in his opening address the key points - development and the forthcoming FIVB Congress. 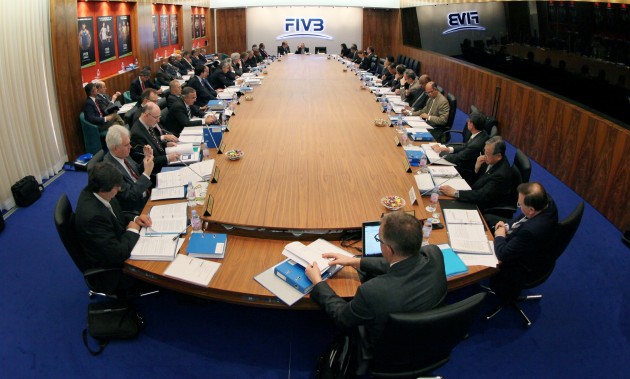 “I’m looking forward to a very constructive meeting where is it important we reach consensus,” President Wei told the members, which included nine newly elected* Board members from each of the five confederations as observers, said. “We have just completed a two day Executive Committee meeting where we had different opinions on numerous subjects but in the end we reached a consensus.”

“The key for this Board meeting is to find a good balance with our different resources, which will guide the future of the FIVB, especially looking ahead to the forthcoming historical congress in the United States where a new president will be elected.“

“In the last three years we have a lot of new federations, especially in developing countries who now have grasped the concept of development, with the Beach Volleyball Continental Cup the perfect example where previous inactive federations have become active because they have received assistance from the FIVB.”

The FIVB Board of Administration will ratify the presidential candidates, with the deadline for applications falling at the end of Sunday while other key points on the agenda include reports from each of the confederations and future FIVB tournaments, including the Olympic qualification tournaments in Japan, Italy and Germany, the 2013 FIVB Volleyball World Grand Champions Cup in Japan, the 2013 FIVB Beach Volleyball World Championships in Poland, the 2014 FIVB Volleyball Men’s World Championship in Poland and the London Olympic Games.