A year to remember – President Meyer

“We have got many reasons to celebrate as the year 2013 draws to a close, but also little time to rest as the challenges of another exciting year are already knocking on our door” says CEV President André Meyer in his end of year message to Europe’s Volleyball family. 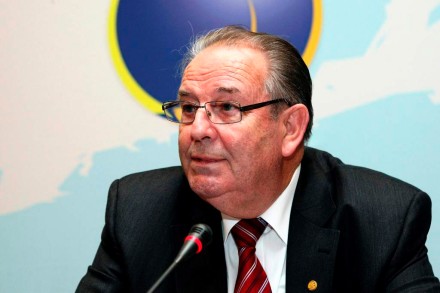 “The year that is drawing to a close was highlighted by the celebrations for the CEV 40th anniversary and also by the unveiling of our state-of-the-art premises, the real house of Volleyball in Europe whose doors are always open to anyone who wants to work for the good of our sport. I still have fond memories of that day and would like to recall a couple of words that I addressed on that same night where we celebrated the 40th anniversary of our Confederation. On our way to the next 40 years, our recipe won’t change: commitment, devotion, total passion for the sport but most of all teamwork, on and off the Volleyball court! Together we can face any challenges as deep as the ocean and as high as the sky!”

The year 2013 was also marked by the launch of the “Fair Play Volleyball Way” campaign which was designed and conceived in order to help promote the image of Volleyball as a clean and fair sport among the fans and the media. “Its logo and slogan were officially presented to Europe’s Volleyball family within the frame of the annual European Volleyball Gala in Vienna, alongside a few Volleyball and Beach Volleyball stars who were the first ones to take on the duty to promote its spirit and corporate identity” the CEV President says. “The campaign has since been extensively promoted in all CEV Volleyball and Beach Volleyball competitions, with its logo rapidly turning into a visual that all Volleyball fans as well as the media have become familiar with.”

Two major titles were battled for at the European Championships whose finals were held in Berlin and Copenhagen, for women and men respectively. Reminiscent of the old times when the Soviet Union was the dominating powerhouse, the Russian national teams won both competitions. “They emerged as the most powerful nation this year and their perspectives for the future look bright as well as they have showed very good performances also in the various age group competitions held this year. However, there are always new forces to be reckoned with and Belgium is the one to single out at the end of this year, with their women’s national team winning their first European medal while the men sailed undefeated to the European League title” Meyer says.

CHN M: Shanghai one step away from...