Volley All Festival ready for biggest ever year

The FIVB Technical and Development Department has outlined its plans for the 2012 Volley All Festival, with the worldwide event slated to be the biggest ever. 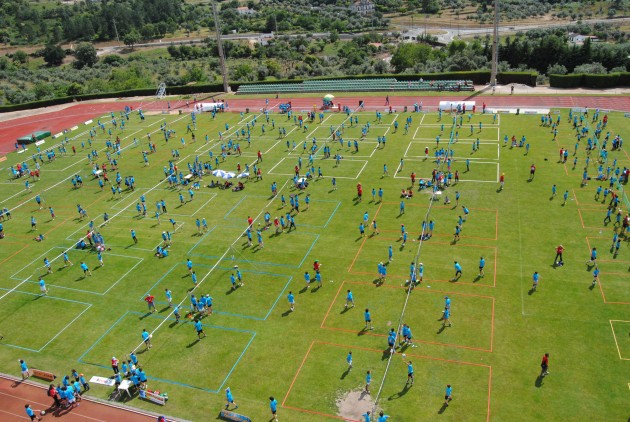 Volley All Festival ready for biggest ever year

The Volley All Festival is a truly universal event, taking place annually in an effort to help develop volleyball and beach volleyball among children on a global scale.

In the past it has introduced thousands of youngsters through mass events, usually taking place on the final weekend in June.

“This is an opportunity for each National Federation to collaborate with the FIVB in a unique event where the National Federations’ initiative prevails,” Technical and Development director Helgi Thorsteinsson said in a letter to national federations on Tuesday.

“It is vital that national federations host such events to attract and endorse children and youth activities as well as to promote volleyball and beach volleyball as a fun recreational activity which can be played both indoors and outdoors.”

The yearly initiative aims to attract public interest, TV and media coverage as well as support from local authorities and potential sponsors.

Organisers are also encouraged to invite members of the national team as well to help support the project, and also select their best picture from the Volley All Festival for nomination as the Development Photo of 2012.

The impact of Volley All Festivals in previous years has been staggering, with studies indicating that the event helps improve quality and visibility for volleyball and beach volleyball on a national level.