Three-time Olympic champions Cuba and world No. 9 Dominican Republic won their respective pools and earned direct tickets to the semifinals of the NORCECA Women’s Continental Olympic Qualification Tournament in Tijuana, Mexico on Tuesday. 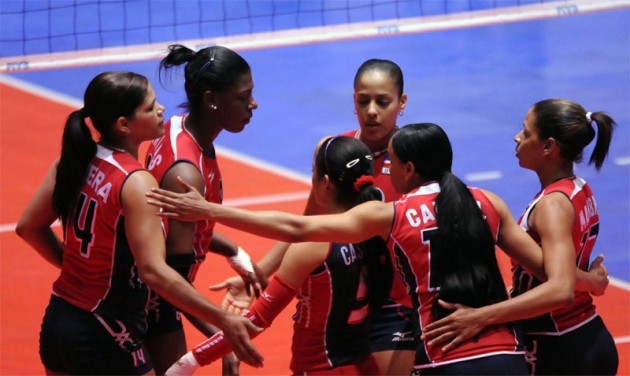 The quarterfinal action on Wednesday will feature Puerto Rico take on Costa Rica and Canada play hosts Mexico at the Tijuana Multi-Sports Gymnasium.

Earlier on Tuesday, Canada and Costa Rica scored their first victory which saw the sides both qualify for the quarterfinals by finishing third in their pool.

Honduras and Trinidad and Tobago are scheduled to play for seventh place in Friday’s action with both searching for their first wins. Teams will have a rest day on Thursday.

“Finally we started to improve,” Cuba’s Juan Carlos Gala said. “We have reached our goal and we have grown during the tournament as we expected.”

“We have two days to train and study our next opponent and I didn’t start Bethania because she just came from a long season in Japan I want to keep her and everyone fresh,” Dominican Republic coach Marcos Kwiek said.

“We are in the quarterfinals and our goal now is to prepare to play against Mexico,” Canada Coach Arnd Ludwig said.

“We lost the third set because of the qualities of Trinidad and Tobago and not by our mistakes,” Costa Rica coach Xavier Perales lameneted. “We need to continue working game by game in this new process of our team.”