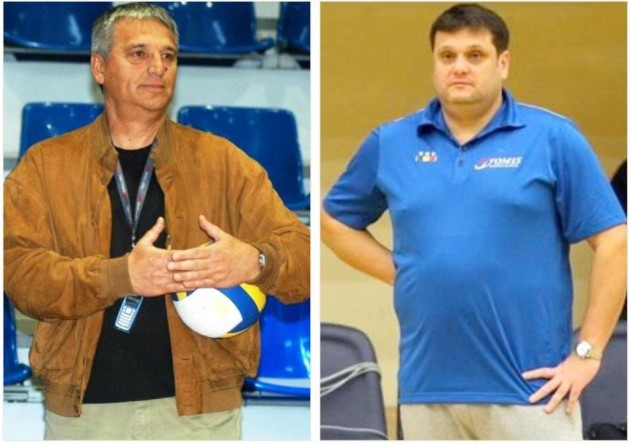 To make amends for the upcoming season, the club from Zalau found an interesting solution hiring in its head coach position Stoyan Stoev – Martin Stoev’s father, and setting the stage for an exciting father-vs.-son clash in the race for trophies in the southern European country.

67-year-old Stoyan Stoev retired as a player and started his coaching career in Italy.  Later he returned to his native Bulgaria to lead Minyor BUHOVO to a historic national title.  He won the Bulgarian championship twice more as head coach of CSKA SOFIA and has earned domestic honors in several other countries, including Greece, Cyprus, Lebanon and Iran.

Stoev also coached the Bulgarian men’s national team in 1992 and 1993.  Sixteen years later, his son Martin coached the Lions to the bronze medals from the FIVB World Championship and in the following year to another bronze from the FIVB World Cup.  Martin Stoev has also coached the club teams of Levski Siconco SOFIA, Halkbank ANKARA and Tomis CONSTANTA, having won the domestic titles and the national cups of Bulgaria and Romania.

“I think Stoyan Stoev is the best choice among the options we had available,” said Doru Tarle, Executive Director of ACS Volei Municipal.  “He is a very experienced coach and I am sure he is the right man for the squad we have.”

Stoev senior and Stoev junior have achieved a lot together in a coach-player relationship, but this is the first time the two will be on the opposite sides of the net as coaches.

The new season of the men’s national championship of Romania starts on October 11, but the first head-to-head father-vs.-son battle between Volei Municipal and Tomis is scheduled to take place in the sixth leg on November 15 in Zalau.