So Coach Stoytchev got fired by the BVF Federation after Bulgaria failed to win the Olympic Qualifier they hosted last weekend in Sofia. Then hours later, a news erupted that Bulgaria’s ace spiker Matey Kaziyski is considering on leaving the team since he didn’t agree with Stoytchev’s dismissal. Now, we’re hearing that setter Zhekov might quit from the team due to all the drama. 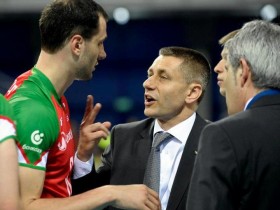 Silvano Prandi, who coached the team a couple of years ago, is reportedly going to return as the new head coach but he is NOT interested. Well, didn’t Prandi also get fired after Bulgaria’s disastrous performance at the 2010 World Championship?

He has released this statement:

“I am writing this press release to inform you that I took the irrevocable decision to REJECT Volleyball Federation’s invitation to be the new coach of the men’s national team.“

“After considering it for several days, I realized that there are no minimum requirements for interaction and consensus which won’t allow me to exercise a reasonable way to do my work. Thanks to all who approached me and I wish the Bulgarian national team at my heart “in bocca al lupo” for future meetings” he added.

Pretty much as of press time, Bulgaria does NOT have a head coach. 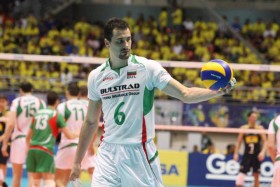 Bulgaria is dealing lots of issues at the moment which might affect their chances of qualifying for the Olympics. Take note, they’re hosting the final Qualification Tournament next month against France, Egypt and Pakistan. But with all the issues, it looks like France has the emotional edge to win the Olympic ticket.

A member of the Bulgaria Federation, Lyubo Ganev, has finally decided to talk about Matey Kaziyski’s case.

“Matey should come, play, defeat the teams alone in the upcoming three matches and then I will shake his hand, if he wants to leave. He should leave after the matches, because he is the leader of the team. I do not need him, neither does the federation, but the team need him. We have already made a decision and we will stand up for it. The fans should again come and fill up the hall. There are no personal interests in Stoychev’s dismissal; neither are there any disagreements with the federation. Rado came to be a coach; we gave him the freedom to elect his staff and make decisions on his own, but we have just one more chance to advance to the Olympic Games and we had to take measures.”

Excuse us, but his words made us laugh and thought for a second that he’s being silly. So the Federation wants Matey back on the team to help Bulgaria qualify and then after that Matey can leave? Does he really think Matey would let them do this to him?

We don’t think so. For sure, Matey would make a decision which will be beneficial for the Bulgarian team in the long run.

This is too much to take! These news really breaks our heart. We hope all the parties involved will solve these issues in time and that Bulgaria will make it to the 2012 Olympics.