Bertha Cuadra, president of Nicaraguan Volleyball Federation, presented on Tuesday all the details of the organization of the first round elimination women’s tournament Group H towards the 2014 FIVB World Championship in Italy. 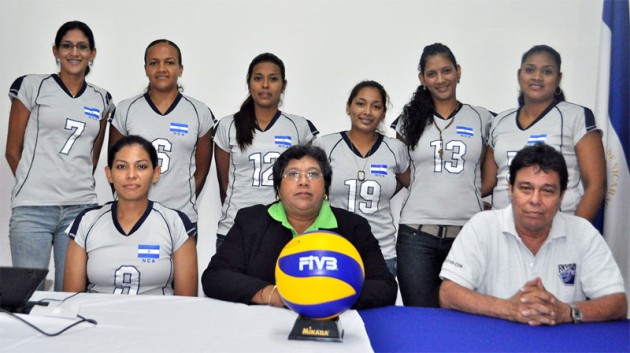 Nicaragua ready for the 2014 Qualification Tournament

The competition was planned originally as a four-team event but Turks and Caicos Islands declined since they were not able to put together a female team at this moment. Guatemala, Honduras and hosts Nicaragua will play in a round-robin format from May 18-20.

“For the second time, the North, Central American and Caribbeal Volleyball Confederation (NORCECA) give us the chance to host one elimination tournament and we are very pleased to welcome all our brothers,” Cuadra said in the company of Nicaragua’s coach Rene Quintana and Claudia Noguera, captain of the national team.
“NORCECA wants to offer the opportunity to all the countries so they can advance and have the chance of being in a World event and that’s the reason the format was changed in order to give three teams the option of moving to the next round and then two to the third phase, before advancing to the World Championship,” she explained.

“Guatemala is a strong team, they have players of good level and they play great matches with Nicaragua. Honduras just came from playing the Olympic Eliminatory in Mexico and must be motivated,” the president of FNVB added.