ESP W: Another victim of economy – Volei Miranda shut down

Atlantic Holding Burgos, previously known as Club Volei Miranda, after weeks of uncertainty decided not to continue with its participation in the Spanish Super League because it encountered to economic problems. 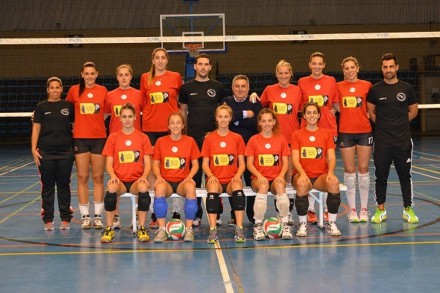 The financial difficulties occured at the end of 2014 and continued at the beginning of January this year. So, the club had to shut down. According to our sources, Miranda’s players did not receive salaries in three months.

At the time when it resigned from participating in the Spanish championship, Miranda was on the 5th place in the standings. On December 20 (11th round), it played the last league’s game.

The project of Miranda was very promising since it entered the Super League last summer from Division 2 with a respectable budget.

After shuting down, almost all Miranda’s players found new clubs (in Super League or Division 2) with the exception of the only two foreigners – the Brazilian opposite Gracieli Do Monte and Serbian middle blocker Jadranka Budrović.

Recall, at the beginning of December 2014, German men’s team, Cloud & Heat Volley Dresden, also had to stop playing in the top competition of its country due to financial problems.