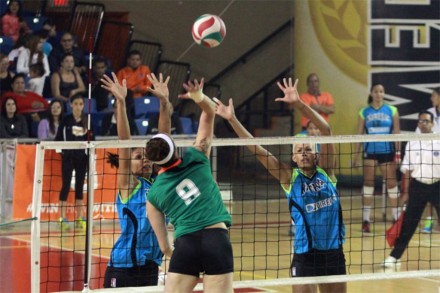 It was the third victory for the Natives in the ten-year history of the event. The more consistent defense of the Natives was the key for the outcome of the well fought first set.

In the second set, the Natives controlled the game and held off a halfway reaction of the Imported team.

Behind British Savana Leaf and American Kristy Jaeckel, the Imported took the third set only to see the Natives dominating the fourth set with the offense led by Stephanie Enright and Yarimar Rosa.

Rosa, who led the winners with 19 points, was selected the game’s Most Valuable Player.

Karina Ocasio and Enright contributed 17 and 14 points, respectively, in the victory.

Leaf finished with 14 points for the defeated side.