The International Volleyball Federation (FIVB) confirmed qualification process for 12 national teams in each competition for the 2015 World Cup in Japan whose winner will go to the 2016 Olympics. 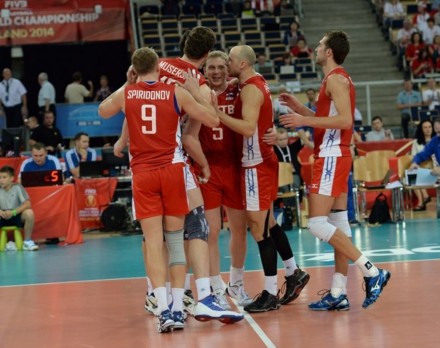 Hosts will join both world champions and two teams from each of the five continental confederations. The women’s World Cup will be held from August 22 to September 6, while the men’s competition takes place on September 8-23.

China and Korea will join the women’s tournament, while the two teams representing the Asian Volleyball Confederation in the men’s competition will be Iran and Australia. In both cases they qualified based on their world ranking at the beginning of the year.

It will be represented by Russia and Serbia in the Women’s World Cup and by Russia and Italy in the men’s, all qualified based on their positions in the CEV rankings at the start of 2015.

The two teams in each competition representing this continent will be decided based on the final standings at the African Nations Championships, which will be playing on June 10-20 (Women) and July 12-22 (Men).

The NORCECA Champions Cup Final Four on May 19-24 (Men) and June 3-8 (Women) will decide which teams will represent the North and Central America and also Caribbean Confederation.

Finally, the tournament to decide which two men’s teams qualify for the World Cup from the South American Confederation will be held before May 24.  A women’s qualifying tournament which will determine two teams participating at the World Cup will be held before June 7. Brazil will not participate in either competition as they are already qualified for next year’s Olympics in Rio as hosts.

ARG M: Bolívar one step away from playoff semi-finals (VIDEO)