Tsvetan Sokolov, the Bulgarian star, refused a proposal to strengthen a team from Qatar (name not revealed) after the end of the Turkish championship. 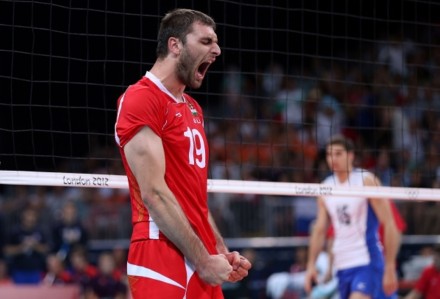 About a month ago, the information appeared that one of the leading teams in Qatar league planned to sign another Bulgarian star, Matey Kaziyski. Now, they wanted Sokolov.

However, according to sportal.bg, Sokolov prefers a little rest and recovery for the serious games with the national team after he finishes the season with Halkbank.

Sokolov will start to train with Bulgarian national team for the World League and European Games in Baku, on May 4.

Recall, Bulgarian team Marek Union Ivkoni Dupnitsa failed to hire Sokolov and Kaziyski for the matches at the final tournament of the national Cup.

Sokolov is among the candidates to take his place in the WoV Dream Team. If you think that he deserves it, vote for him in our Poll. Also see which other players are in the competition.

Sokolov is the best Opposite spiker in the world after Mikhaylov

He decided to rest after 6 games he is going to play in Turkish league in 10!!! days in the finals! And also he wants to stay a little with his family…

Switzerland: The results of the last qualifying...