“I am very happy that we won, The Netherlands are a very good team”, said Czech captain, Helena Havelkova. “We really prepared this match so I am very pleased with this result, because we did everything we had to beat them”, added the wing-spiker. 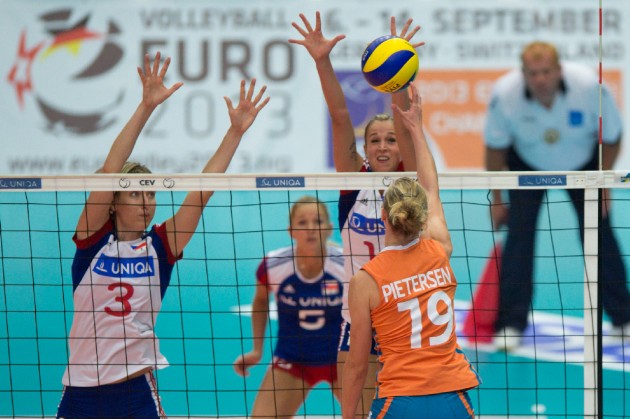 “It wasn’t an easy match for us; we faced a very strong team, but we were ready for this moment and we were able to enter the court in the right disposition”, said the head coach of the Czech Republic, Carlo Parisi. “We had the opportunity to take profit of their mistakes to lead the game, especially in those moments when they got close in the scoreboard. Now we have to think about tomorrow”, commented Parisi, who defined the Final game as “a very difficult match”. “We have seen Bulgaria and it is a very good team; actually, Bulgaria eliminated Serbia, so it will be a difficult match, but we have to give it a try”, pointed out the Italian head coach.

“We made too many mistakes”, analyzed the head coach of The Netherlands, Gido Vermeulen. “Our errors, especially in side out, made the difference. Also, the precision of the attack of the Czech team was much better than ours, and that’s the reason for this result”, said.

“We made the effort to confront the Czech team but they played a great game. We were just not good enough”, added the Dutch captain, Debby Stam-Pilon.