Dear WoV fans and visitors, as you might already realized, our Poll for the Best Team of the 2015 World Grand Prix is over and now we bring you the results! We remind you that we have chosen 35 players overall to place in the Poll, including those who performed in the Intercontinental Round. 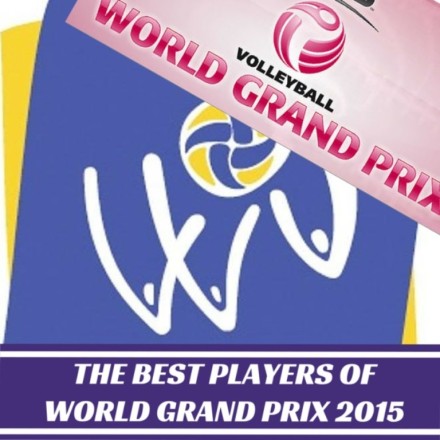 For some of you, the results will be surprising. For some, they won’t, but the votes can’t lie! Unlike men’s Poll where Polish and Iranian fans were the most numerous, in the women’s Poll, Belgian visitors were the most active setting two of their players in the WGP Dream Team line-up. No other country has more than one player in the roster.

Three battles stood out in the finish of the Poll. Danielle Lins beat Ilka van de Vyver by four votes among setters, Monica De Gennaro was in front of Camila Brait by only one vote among liberos, while Nataliya Goncharova had four votes more than Polen Uslupehlivan among opposites.

Besides voting directly on our website (one vote equaled one point), you could do it over the social networks (Facebook and Twitter) and by sending comments on our website. These votes were worth three points.

The best team of the 2015 World Grand Prix chosen by WoV fans:

Thank you for voting and be ready to vote again soon, because we are preparing new poll!

STRAIGHT IN THE FACE! Pasynkova knocks down Japanese receiver (VIDEO)

This is the WoV Dream Team for...