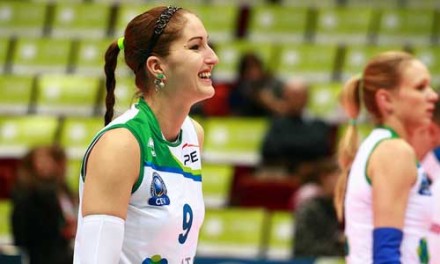 Corina Ssuschke-Voigt and Magdalena Saad spent in Atom Trefl Sopot last season and they are champion of Poland.

Ssuschke wrote on her Facebook account that she is moving to Baku. “Next season I will play for Lokomotiv Baku !!!! I’m sorry for my fans in Sopot, but it was not possible to stay !!! So welcome to Azerbaijan….” – said Corina.

Magdalena is libero, who probably won’t have a lot of chance to show her game on court, because in team is playing great Bulgarian libero, Mariya Filipova. She had to play for Azerrial Baku, but Azerrial signed contract with Luna Carocci, so she chose Lokomotiv.