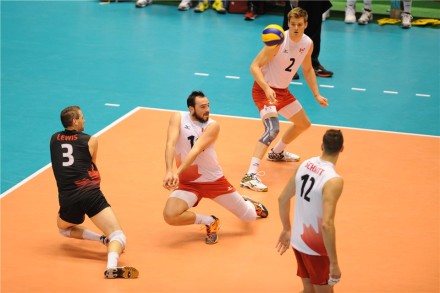 Canadians took their fourth victory on the tournament, while Iran suffered seventh defeat!

Probably nobody expected Iran to be so weak at the tournament that could qualify it to the 2016 Summer Olympic Games in Rio de Janeiro. Still, since the moment Iranians lost all the chances for promotion, they played motiveless.

On the other hand, Canadian players know that the World Cup is a huge chance for them to be seen, noticed, remembered and they are fighting for every ball on every game.

In this one against Iran, John Gordon Perrin was the best scorer with 13 points. On the other side, Shahram Mahmoudi established himself as the most efficiant player with 20.

Canada outplayed opponent in blocking, having 12 against 7. Justin Duff scored 4 and Perrin 3.

In the last round, Canada will face Tunisia while Iran will play against Egypt.