LIVE from Rotterdam: Clockwork Orange! Guidetti’s girls are going to the finals!

Simply impressive performance of the home team! Netherlands defeated Turkey in straight sets and qualified for the EuroVolley finals!!! 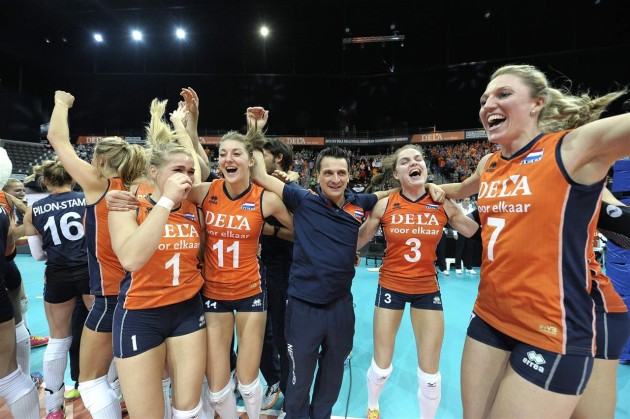 Orange celebration in Rotterdam! Netherlands are in the finals of EuroVolley 2015! Home side played a perfect game. Lonneke Sloetjes was amazing in attack, Anne Buijs made numerous fantastic serves, Robin De Kruijf dominated on the net… But the whole team also showed a winning character. Dutch girls managed to save two set points in the third set and then to finish the match for huge joy of the home crowd.

Check out play by play game coverage of the first semifinal.

5:2, What a rally! Gizem with two amazing saves, but Sloetjes scores at the end

8:4, Was that a head-block? De Kruijf made a wall and Netherlands is way in front at the 1st TTO

11:5, Sloetjes… Do we already have the first finalist?

14:9, Home side is marching toward the straight sets win…

17:14, Turkey managed to decrease the margin…

18:16, Gozde was good at the net, it is getting interesting

20:18, But another service mistake of Turkish team in crucial moments

21:21, Big mistake of Turkey and lot of lick for Netherlands. Once again there was no one to spike the ball!

21:22, THE BEST POINT OF THE GAME! Two out-of-this-world saves by Grothues, but Turkey used the third chance to win a point.

25:25, Sloetjes has an answer. Everybody are standing in the Arena 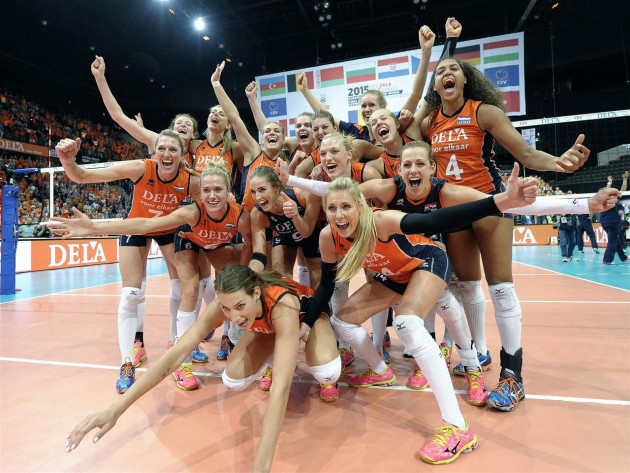 2:0, Netherlands with great opening of the 2nd set

3:3, Eda Erdem is having an excellent game for Turkey

8:6, Ace by Anne Buijs and Netherlands once again have +2 at 1st TTO

11:6, Great block then another ace by Buijs , home side is on fire

16:10, Amazing rally and point by Buijs! Netherlands have huge lead at the 2nd TTO

16:13, Turkey try to get back into this match. Netherlands forced to call a time-out

20:14, Unbelievable save by Gizem, but in vain! Flier scores again

21:14, Block by De Kruijf, Netherlands are cruising toward the win in the 2nd set

22:14, Manon Flier is unstoppable at the moment

25:18, Big fail by Turkish players. Naz made a set but no one was able to rech that ball… Neterlands –Turkey 2-0 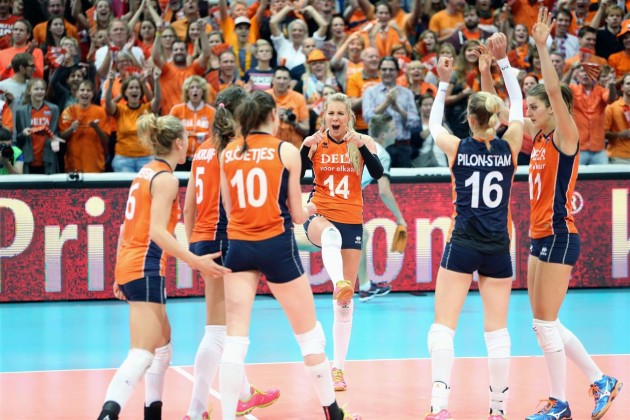 0:2, Turkey won the two opening points. Home fans do not like this…

3:3, superspike by Anne Buijs for big joy at Ahoy Arena

8:6, two great serves of Buijs and Netherlands have +2 at the 1st TTO

11:10, Turkey have to improve serve, too many mistakes

14:13, fantastic save by Grothues, Netherlands regain the lead

18:17, fantastic digging from the Turkish team! Ozsoy scores at the end

19:17, you should have seen celebration of Dutch team after this point! Great pipe from Buijs

20:17, Uslupehlivan sends the ball out of bounds, time out Turkey

21:17, one more for th home side! Again Sloetjes! Turkey forced to call another time-out.

23:19, Turkey had several chances to approach to -2, but at the end Sloetjes punished them with huge spike

23:21, it’s not over! Turkey scores twice in a row, time-out Netherlands

LIVE from Rotterdam: Russia in finals for the 23rd time!