Kristin Richards of USA was selected as the Most Valuable Player of the XI Women’s Pan American Cup following her spectacular performance in the gold medal match when she scored 35 points to lead the victory over Brazil. 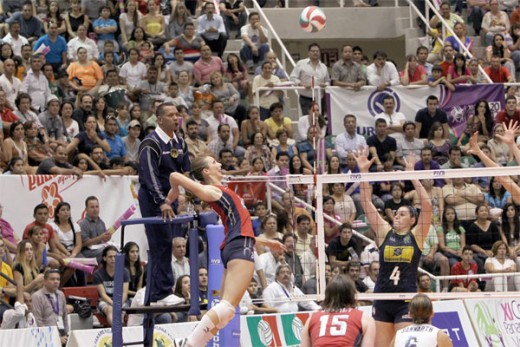 Richards also took home the trophy as the best scorer of the event with a total of 128 points in seven matches for an average of 18.28 per game.

Dominican Republic’s Brenda Castillo was the most awarded player during the closing ceremony as she earned the titles as best receiver, best digger and best libero.

The closing ceremony was chaired by Mr. Hector Murguía, President of the Municipality of Juarez and Mr. Cristobal Marte Hoffiz, President of NORCECA Confederation.

Philippine Superliga: Logistic and Petron in the...