NORCECA W: Dominican Republic begin with a win at U18 Continental Championship

Dominican Republic began their participation at the Norceca Women’s U18 Continental Championship with a win over Trinidad and Tobago in three sets (25-8, 25-6, 25-5). 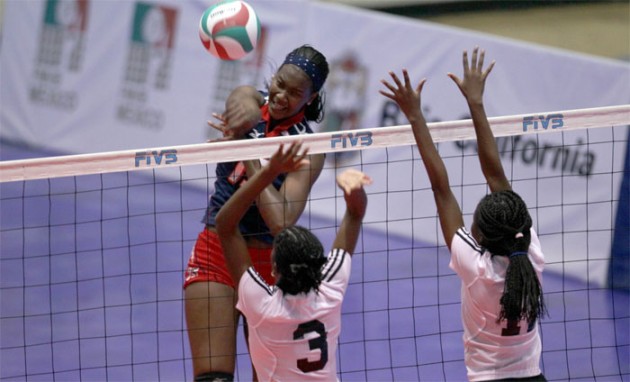 “We played against a fighting team with good attack and defense. We had to keep going. We expect this tournament can help us to prepare for the Caribbean Cup”, said Trinidadian Young.

For Natalia Martinez the tournament is a special stage after the U18 unit came out to the court by wearing the uniforms with the names of the senior team that participated at the Olympic Games of London 2012.

“We expect to play even much better in the next match, and also it was a honor to wear this uniforms”, stated Martinez who whore the number 10 with the last name of Milagros Cabral, who retired this tuesday, on her back.

“It was difficult. Dominican Republic is a very strong team and I am sure they can win the cup”, Trinidad and Tobago’s coach Ali Macsood said. “We arrived with a great expectation, all teams have focused in our players, and we have prepared them mentally”, Ariel Sainz emphasized about the Dominican Team.