Italy’s men’s team have jumped three places in the FIVB rankings to third behind Brazil and Russia while Japan have skipped two places to take third, trailing only USA and Brazil in the latest update following the London 2012 Olympic Games. 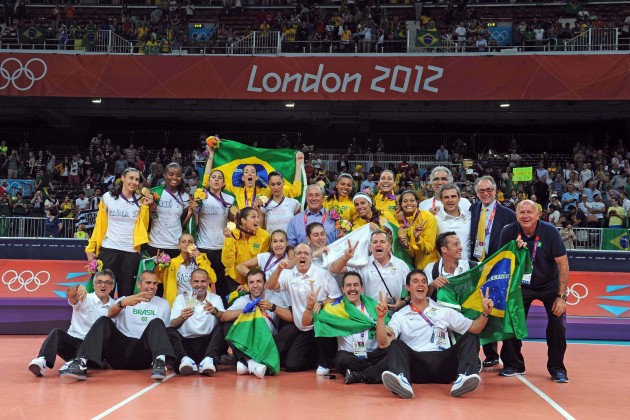 Both teams were propelled up the list by their bronze-medal-winning performances in London.

In the women’s rankings, other chart-climbers include Russia, up three spots to sixth, Turkey, who continue their steady improvement by rising one spot to seventh, and Korea, who now sit 11th – up four since the last revision. USA remain top of the standings followed by gold medallists Brazil.

Dominican Republic gained three spots to return to the top 10 in eighth. Great Britain soared into 20th position from 69th before the Olympics.

Italy was the big winner on the men’s side, climbing into third from sixth. The only other top-10 team to move up was Bulgaria, who rose one spot to eighth. The 11 and 12 positions, however, were occupied by Australia and Tunisia – who rocketed up 11 and eight spots, respectively, to get there. Great Britain’s men’s team also came up from well down the list (92nd), hitting 28th in the new ranking.

Silver medallists Brazil stay top of the table with the team that beat them to gold, Russia, following.

Cuba’s women’s and men’s teams both had a poor month, dropping three and two spots, respectively. But Germany’s women and China’s men fell further, both losing four places in this latest revision. The German women’s team is now 10th, and China’s men are 15th.