Lizbeth Sainz amassed 33 points, including five blocks, to lead Mexico to a thrilling five-set victory (25-15, 25-19, 21-25, 14-25, 15-12) over a resilient Cuba in the first quarterfinal of the NORCECA Women’s Junior Continental Championship on Friday night. 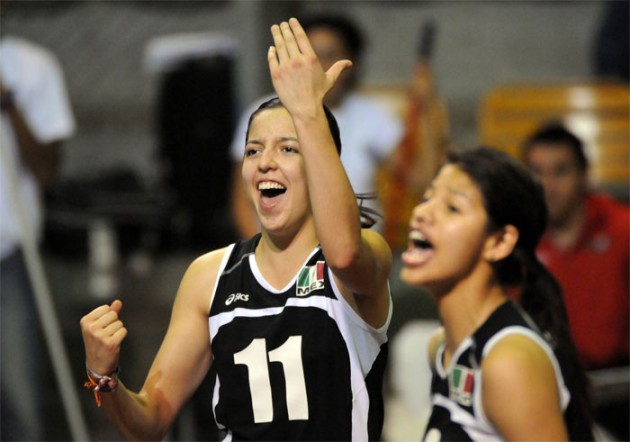 Alejandra Isiordia contributed 23 points to the victory of Mexico who now play Costa Rica in one of the semifinal matches. The other quarterfinal featured United States playing Nicaragua.

Sulien Matienzo collected 32 points for Cuba, with 30 via attacks. Yaremis Mandero had 22 points with five blocks while Yalennis Diaz had four blocks among her 12 points.

“We began united as a team and with courage but we lost concentration in the middle of the match. In the end we battled with our hearts,” Mexico’s captain Alejandra Isiordia said.

Sulian Matienzo Cuban captain said: “If we had won we would be in semifinals and the chance to qualify to the world championship, but Mexico played very well and they deserve it.”

“It was an intense match, we can’t leave aside that we were facing a high quality team. After yesterday’s loss to Dominican Republic I had lost all hope; today we knew we had to play to the maximum of our capabilities and I think this is the happiest victory I’ve ever lived,” confessed Argentinean Estanislao Vachino, Mexico’s coach.

“I believe that volleyball won tonight because the crowd enjoyed a good performance and for my girls, they take with them lots of experience even if they have a bitter feeling, but we’ll continue with the hard work,” expressed Cuban Coach Wilfredo Robinson.