Finnish police in Tampere informed media about progress in the case of Cuban players which were arrested prior to the 2016 FIVB World League – Group 1 game, last night. 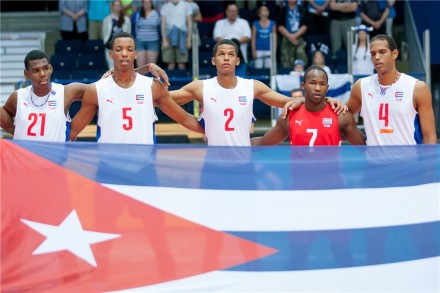 Besides Uriarte, Gavilán and Manzano which were firsty arrested, the police in Tampere apprehended another player of Cuba’s National Team, but did not reveal his name yet.

The police has interrogated Cuban players as well as injured party, a girl who reported athletes to the authorities.

The official formulation of a crime has not been made yet due to lack of information but the quartet of Cubans was suspected of sexual offence which occurred in a hotel where they were settled.

Prosecutor in Tampere will make the decision on duration of the custody for the players on Tuesday, July 5, not later than 11:00 CET.

WL 2016: Verbov limps out of court but instantly returns for magnificent dive! (VIDEO)

8 players are arrested at the moment.