Dutch Volleyball Federation (Nevobo) decided to introduce change of the volleyball rules for the season 2016/2017. 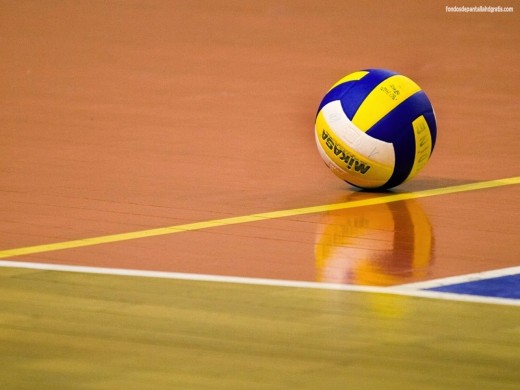 Counting all volleyball federation in Europe, Nevobo made the first step in making volleyball more dynamic and fun than it currently is by changing some and modifying some other rules. Those rules will be applied only to lower ranks of the competition in The Netherlands as well as in youth categories, but NOT in the Top division. It is because official national championships are obliged to conduct international rules established by the International Volleyball Federation (FIVB) and European Volleyball Confederation (CEV).

At the end of previous season, Nevobo asked fans to make suggestions, tips and specific proposals for the change of the rules. The most frequently mentioned suggestions were judged by Nevobo. Some were granted immidiately, while some others will be introduced later.

• The rule that water bottles should be put down on/behind the bench has been removed. However, the referee will always keep an eye on what is or is not allowed in the context of the players’ safety.

• The coach, assistant and physiotherapist no longer have fixed place on the bench. They can be anywhere and even stand: in front of the bench, in the warm-up area, etc. However, it remains that only the coach is allowed to walk along the court.

• Even substitutes do not have to sit on the bench. They are also allowed to stand in front of the bench.

• Only if there is a 2nd referee present at the match, coaches are required to use and submit line-up cards.

• From regional division and lower, the referee is not obliged to give any hand signals after each rally: pointing on the side of the team that performs the next service is enough. Captains may ask for an explanation after which the referee can give a hand signal.

• In lower leagues, insufficient room space behind the court is a big issue. If the space is less than two meters, then an additional duct tape sticks on the court. Now it is no longer necessary: it is allowed to serve with one foot inside the court. Even during the jump service, one foot can be put in the court.

• Screening during the service is a major annoyance and is often seen as unsporting behavior. From the next season, even the server is no longer allowed to deliberately hide from a view of the opposing players. Players from the team that serves must be at least an arm’s length apart from each other and rear players may not stand in the ‘free zone’ of vision of the opposing players. The ball trajectory is no longer of an importance in the assessment of the screening.

Philippine Superliga: Preliminary Round is over, it’s...