St Lucia won the match against St Kitts with 3:1 and claim the gold. 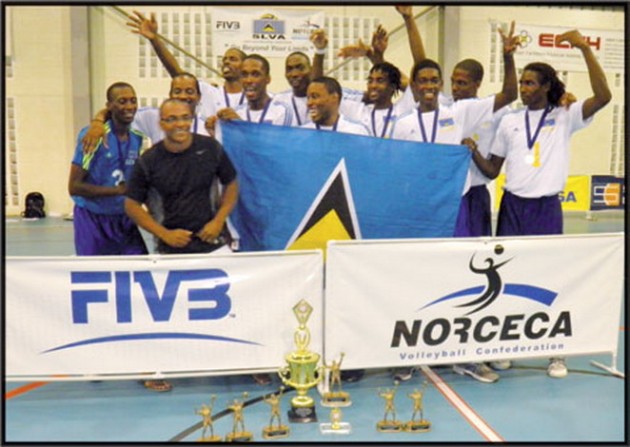 Winning coach, Kendall Charlery said: “It was fantastic game… we were a little bit short handed without our captain, but everybody stepped up, I am very proud of the guys”

Charlery was complimentary to the others teams which opposed St Lucians, as he thought they gave his players “a good run.”

Defeated coach, Glen Quinlan thought, “The players performed to their potential… but there were a couple things which could have been done better, but you were playing against another team”.

Quinlan also reasoned that the St Lucian setter, Servin Mongroo was very influential in the distribution in the first two sets, which became crucial in the final outcome.

Quinlan in looking to the future said his team just has to solidify its position and increase its intensity in training as they prepare for other endeavours.

St Kitts’ captain, Steadroy Collins reckoned that his team was beaten by a better opponent on the night.