A new federation for the Portuguese Speaking countries was established during a meeting held in Porto, Portugal this weekend. 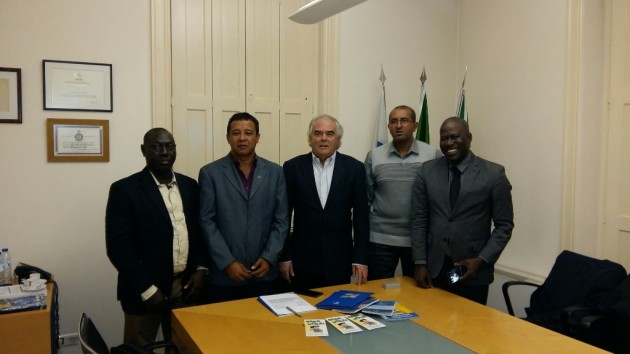 National Federation Presidents from Angola, Cape Verde, Guinea Bissau, Mozambique, Portugal and Sao Tome & Principe met together in Porto to create the new federation from the attending members as follows:

The main goals of the new federation are to promote volleyball and beach VB in those countries, beside sharing the experiences. Among other important functions is to organize courses and competitions between the founding countries.

CAVB President Dr Amr Elwani appreciated the new step for the Portuguese speaking countries as they can advance through using their own language as Africa has 6 countries speaking this language.

“This step can push some countries to our continental activities, as we hope to add them to the CAVB competitions like Guinea Bissau, and Sao Tome & Principe who don’t have the opportunity to participate in our championships,” Elwani said.

IRN M: Anastasi – “I was not satisfied with the offer from Iran”