One of the best Polish volleyball players - Katarzyna Ewa Skowronska-Dolata after winning the championship in Evergrande Guangdong last season, has decided to extend the contract with the club for another year. 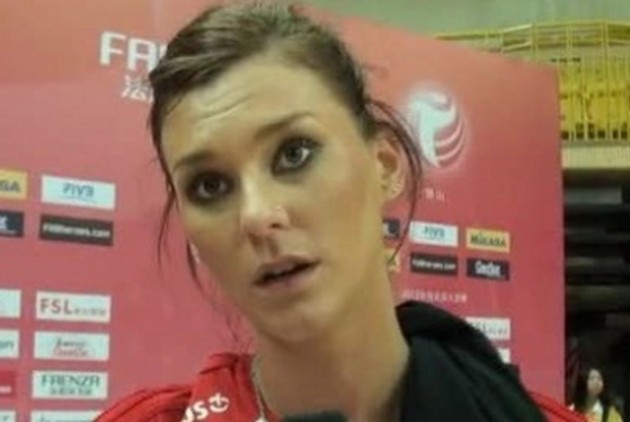 Evergrande is the only private club in China, which may employ foreign competitors, but at most three. In addition to the new season in Guangdong was an Italian Carolina Costagrande. The club left American Nicole Fawcett, who signed a contract in Korea, while Evergrande sign with Beijing Olympic vice-champion and gold medalist of this year’s World Grand Prix Kimberly Glass.

Chinese league is quite unusual. The season is very short, because it takes only three and a half months, but it is very intense. “Colleagues often envy on such a short season, but they often do not realize how hard work to be done in such a short time” Katarzyna admitted “preparatory period in China is murderous. Often train eight hours a day” she noted.

Katarzyna admitted that at the beginning of last season, it was difficult to find herself in China, but now it’s ready for anything. “I must admit that at first I had a huge crisis, but then I learned to live there, I started to be part of Asia” said Skowronska “Now back to Guangdong know what awaits me on the spot. I knew what to take, I knew where I live and what they look like training and playing. I came to China with great joy. I know that I will have a very hard job here that will hurt me everything, but I was not scared. I had a long vacation, and I’m ready to work hard and new challenges”.

In his first season in Guangzhou Katarzyna Ewa Skowronska-Dolata won the national championship and not hiding what is the purpose for this season. “Of course, we wanted to defend his title” she said. On Saturday in the first game of the league Evergrende Guangzhou face away against Fujian.

Belgium: Claudio Gewehr steps down from his...