POL M: Asseco Resovia is in the final of the Polish Cup 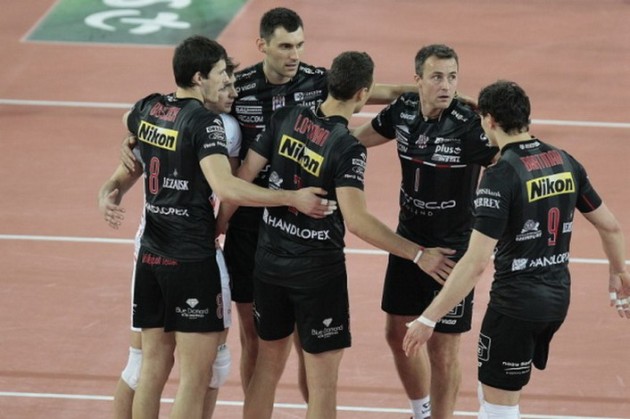 Beginning of the second semi-final match was even. On the first technical time-out Asseco Resovia Rzeszow lead with one-point. After the restart Delecta Bydgoszcz make several attack errors in this case Piotr Makowski quickly asked for the time-out. After the restart Bydgoszcz reduced the difference to one point (15:16) for the second time-out. But in the end Polish champions took the initiative and with strong attacks from Lotman, Akhrem and Bartman won the first set 25:19.

In the second set Bydgoszcz played without Jurkiewicz Wojciech who got injured. Tomasz Wieczorek took his place. Asseco Resovia at the first time-out took the lead (8:5). After a second time-out thanks to Michal Masny and Dawid Konarski Bydgoszcz gained advantage 18:15. Delecta at the end won set with (25:23).

The third set was balanced from the beginning. On the second technical time-out again Asseco Resovia were slightly better and they took the lead (16:15). Polish champions to the end maintained concentration and won the set (25:21).

In the fourth set from begining there was a struggle point for point until (20:20). Then point from the right wing won Konarski, and a moment later the same player sent to the enemy ace service (22:20). At the end Delecta Bydgoszcz won the set (25:23).

POL M: Andrzej Kowal – “We should learn from our recent failures”