Delecta Bydgoszcz won against Jastrzębski WEGIEL 3:2 (25:17, 22:25, 25:22, 16:25, 15:10) in the PlusLiga match and maintained leadership position in the competition. MVP of the match is David Konarski. Read latest volleyball news on Worldofvolley.com. 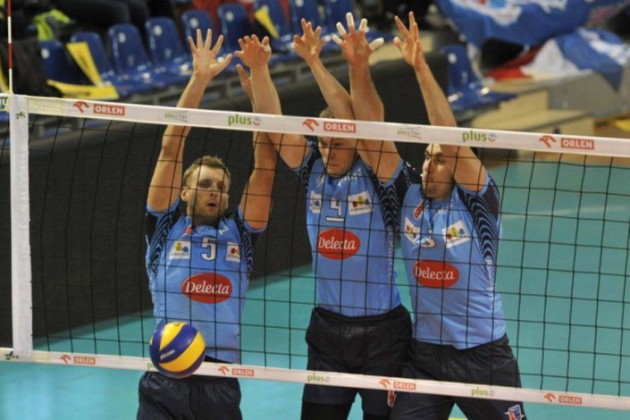 Coach Bernardi made two changes in the composition Gierczynski for Martino and Bontje game for Polanski and his players began to function much better. The whole the second was hard battle (8:8, 15:16) and in the end thanks to the effective play by Lasko and Kubiak Jastrzębski WEGIEL led a win the set.

The third set was very interesting. First Delecta earned 4 points advantage (8:4) then WEGIEL came from behind (12:12). In the end guests did not give Jastrzębski WEGIEL a chance to equalize and led 2:1.

Although the fourth set began with the conduct of Bydgoszcz 5:2 volleyball players from WEGIEL not given up. Jastrzębski WEGIEL quickly came from behind took to the lead (5:8) and later in the game totally dominated against the local – 10:16 and finaly 16:25.

The visitors began better tie break. They have successfully planted a block on Stephane Antiga (5:8). After that two errors in the attack Kubiak first and then Lasko. Right after that Bydgoszcz start playing better and won 15:10.