POL W: The battle for semifinals

Next two quarter-final matches of the playoff DABROWA GORNICZA and Impel Gwardia Wrocław will play in Wrocław. Both games on Saturday and Sunday will start at 17.00. This and other volleyball news read on Worldofvolley.com. 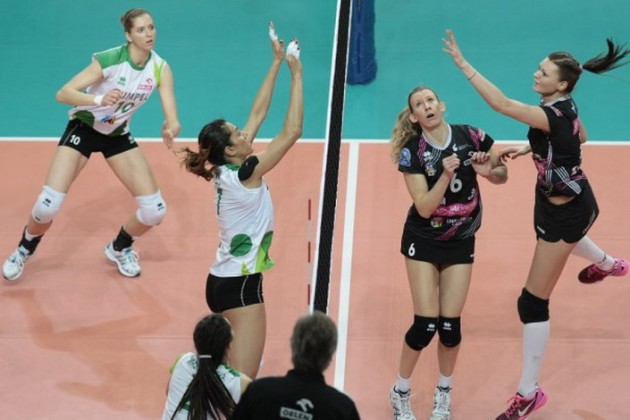 Tauron MKS DABROWA GORNICZA lost first match 0-3 at the beginning of the play-offs. In the second match Tauron MKS won in three sets also. This means that the competition fought up to three wins it is a draw. A similar situation took place two years ago, when even after two matches of the first round it was 1:1 (3:1, 2:3). After that DABROWA GORNICZA won the next two away games and advanced to the semi-finals smoothly.

“We knew from the beginning that it will be hard to play against Impel Gwardia Wroclaw and this rivalry will not end in three meetings. In the second match we came back from hell to heaven. We managed to improve every element of our game, but I still think that this is not yet our optimal form” said Tauron MKS receiver Joanna Szczurek.

“Our team played poorly on Saturday, we did not play our game. We give to Impel some points too easily. In a few elements they have an advantage over us. On the second day we played a difficult gambit, and rivals could not use all of their capabilities. I think that the promotion to the first four is open” says Tauron MKS coach Waldemar Kawka.

Have you ever seen rocket serve? You...