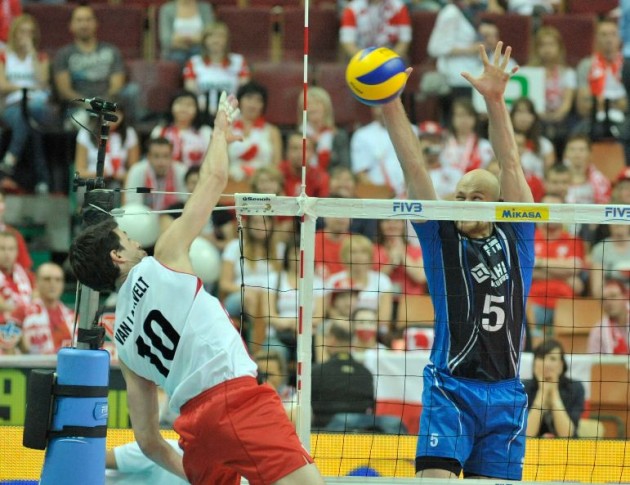 Finland‘s Mikko Oivanen topped all scorers with 33 points, while the best scorer for Canada was Toontje Van Lankvelt with 19 points.

Both teams started the match well, playing on a point-by-point basis until the first TTO after which Finland gained a three-point advantage (10-7). The Canadians did not give up and moved closer, but it was not enough as Finland took the set 25-23.

Finland carried their momentum into the second, quickly jumping ahead and they were leading 8-4 at the first TTO. They maintained control throughout the set and picked it up 25-19 as they had a superior reception and defence.

Canada tried to regain control by changing half of the line-up in the third set and the move paid off as they gained a slight advantage, but the play continued on a point-by-point basis. It was Canada who showed better focus in the end, winning the set 25-23 setting the overall score at 2-1. The Canadian receiver Toontje Van Lankvelt who replaced Frederic Winters, was key for his team with an outstanding spike efficiency at 80 per cent.

The play in set three was again fierce with both teams determined to stay in control. The score stayed close throughout before a thrilling ending and some impressive digs on both sides saw Canada take the set 28-26.

The tie-break illustrated the level of motivation on both sides – the score stayed tight with a slight advantage for Finland. They managed to jumped out to a three-point lead at 10-7 as the Canadians lost their concentration as mistakes crept into their game. Finland extended the advantage and took the set 15-8 and the entire match 3-2.