Mateusz Mika will defend the colors of Trefl Gdansk in the 2012/2013 season. 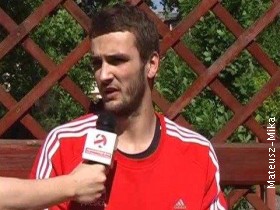 Mateusz Mika is a 21 year old player and is 207 cm tall. He played for the Polish national team in the cadet and junior categories. In 2009 he signed a 4 year contract with Asseco Resovia Rzeszow. He is on a loan in Lotos Trefl Gdansk for one year.

The young player already has a senior team debut. In May 2009, Mika played in a friendly match with France. The biggest success of the volleyball player is for sure the Polish championship, won in the last season with Asseco Resovia Rzeszow. Previously, the team won two bronze medals. As a cadet he was second in the European Championship with in 2007.