For the second season in a row, Karol Kłos will not be able to help Poland men’s volleyball national team 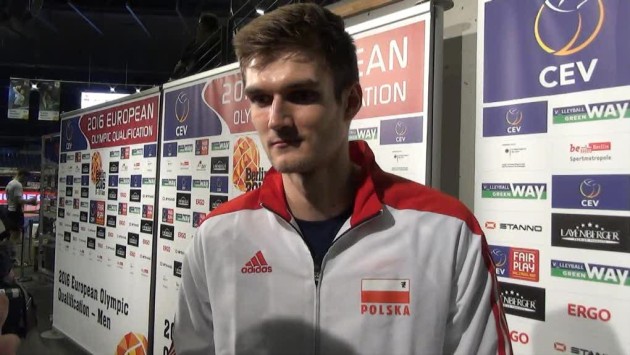 Karol Kłos, a 28-year-old middle blocker of PGE Skra Bełchatów, announced in an interview to Przegląd Sportowy that he will miss the 2018 season in the national team, just like he did last year. He revealed at which moment he made this decision…

„Even before Vital Heynen was chosen as the head coach. It’s no secret that I have had problems with my knees for a long time – chronic inflammation and calcification. There are injuries in which the pain passes after a month, but there are also injuries such as this when the constant pain takes away the pleasure of the sport. The league and the national team season are combined into one, so there was no time to rest. When I gave up the World League a year ago, these two months of the break gave me a lot. There was not a day when I would not feel the pain. In this situation, you play on painkillers. I and my wife subordinated our entire life to volleyball, so far, so I decided that it’s simply time to rest and bring health to order. Coach Roberto Piazza promised me that we will go to the clinic in Udinese, where Srećko Lisinac was also treated. I will deal with calcifications once and for all and I’ll be fully prepared for the next seasons,“ the middle blocker explained his situation.

„It’s not a goodbye, but in the life of every player comes a moment when you have to take a step backward to make two forward later and become even better,“ Kłos said he did not completely give up on playing for Poland.

CEV Cup W: Are you ready for the final?