Marek Kardos shared his thought after AZS Czestochowa only won a set against Delecta Bydgoszcz. They lost tight matches against Effector Kielce, LOTOS Trelf Gdansk, but won against Asseco Resovia and took a point from ZAKSA Kedzierzyn-Kozle. 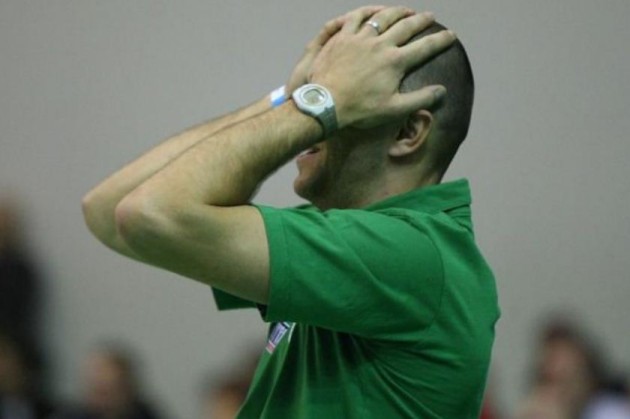 They lost tight matches against Effector Kielce, LOTOS Trelf Gdansk, but won against Asseco Resovia and took a point from ZAKSA Kedzierzyn-Kozle.

“We are an unpredictable team, but we got shortness of breath. We are a young team, it’s hard to play without experienced players. It’s hard for them to get out of the hole. They are well aware that they have to fight for every ball, but in times of stress, when the arms and legs begin to tremble they make a lot of mistakes” Marek Kardos said.

These nervousness was visible at the end of the fourth set against Delecta Bydgoszcz, when Częstochowa didn’t finish ithe counter attack. They lost the opportunity to extend the contest and snap points from the opponent.

“In the first two sets of the thirteen counter attacks we finished one. This is our biggest problem. In addition, we have problems with gambit and accurate response. Perhaps the more we train, the worse it shows at the games. Our game is very different than our training. I do not quite understand it, but apparently this is caused by stress. Maybe we should stop our workouts (laughs). And seriously, if we get used to the stress during the match, it will be better” Slovakian coach confessed.

Andrzej Stelmach: “The first two sets were very poor. Bydgoszcz was very focused, they played well. Later, they weren’t concentrated, which we were able to take advantage of. It was the same at the end of the fourth set. I think we had a chance to get one point. Unfortunately, we have not used our chance. We made a lot of mistakes. If we play like that, make dozens of mistakes in the set it is going to be very hard.“