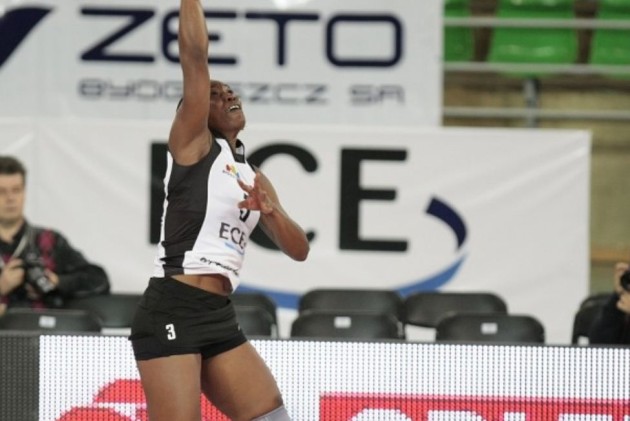 Magdalena Sliwa (captain Tauron MKS): “I am very pleased with the course of this game. We felt that they will be looking for points. I must admit, it’s hard to play here. I am pleasantly surprised that excluding the first set, which we fought for to the end, we won two more games quite smoothly.“

Magdalena Mazurek (captain Palac Bydgoszcz): “I congratulate Dabrowa Gornicza. We didn’t give them too much resistance, only in the first set we had enough strength fight. In the second set Tauron played consistently since the beginning. On the other hand, in the third we tried to get back into the game, but we ran out of power.“

Waldemar Kawka (coach Tauron MKS): “I must admit that the game probably did not look very nice, there were a lot of mistakes from each side. But I hope it was very pleasing to the eye. I am glad that the match lasted only three sets. We played well in attack. It turned out to be sufficient. For us, the most important was that the game ended fairly quickly. The day after tomorrow we play another match and on Saturday also, so maybe I should not say this, but we wanted to save power.“

Rafal Gasior (coach Palac Bydgoszcz): “I congratulate MKS for winning three points. I thank the fans who turned up in such large numbers on a Sunday afternoon, all the more so that the match was broadcast. Surely they didin’t like the game. No wonder that some people are disappointed, but I would like to thank them for coming and supporting us. We now have a difficult time, we will try our best to prepare for the next match.“