Polish national team player Lukasz Zygadlo spoke of his life in Russia, his team Fakel, and his plans for the future. WorldofVolley brings you the latest volleyball news. 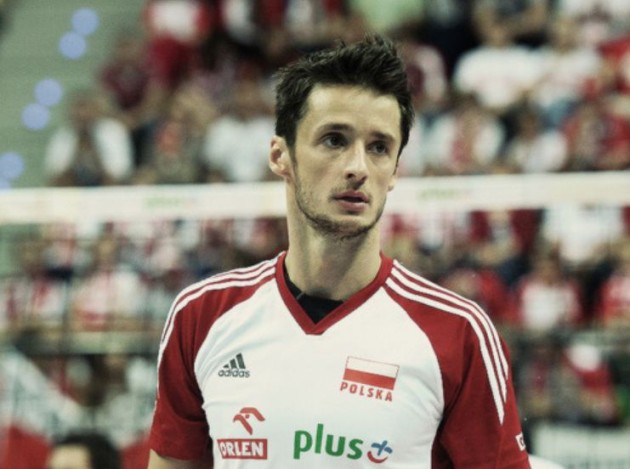 – A few years ago you were playing in Russia, but recently you were in Italy. Why did you return?

– Here is a very good championship, one of the best in the world. You never know who will win and who will lose.

– How did you start playing volleyball?

– I started to play volleyball back in high school, but began performing professionally at the age of 15. The first few seasons I spent in the Polish team, then moved to the Greek “Panathinaikos” and then played in the Turkish “Halkbank“. In 2006-2007 I was in Kaliningrad, “Dinamo-Yantar” the following season, then I moved back to Poland. The longest time I spent in the Italian “Trentino” – four years. It was a good time for me. But now I’m here, and I like it.

– Moscow – a very vibrant city. It has absolutely everything you might need. I love it. And then, I love to travel and play in Russia, it means to constantly move from one city to another. This is an opportunity to see a lot of new places in which under other circumstances you would never see. It is very interesting.

– You mentioned you love to travel. Where there have been?

– Honestly, I had forgotten when I last had a holiday. After the end of the championship I really want to go to Tanzania, Zanzibar. I like not just to rest and relax, but also to explore other cultures.

– Do you live here alone?

– Talk about the Polish national team. You play really well?

– Our team has a very good atmosphere. Andrea did a great job in this regard. At the moment, all the guys are great. We have finally found the one playing style, which is useful to us and which is able to produce results.

– Oh yes, it was a classy event for us. You see, we have a fairly young team now. Hopefully, in the future we should expect great things.

– What do you associate with the failure in London? Only the lack of experience?

– I can’t point out only one thing. We have to work hard.

– Why are so many Italian experts present in volleyball?

– Italians have great system of work, and we should look up to them.

– Where do you see yourself in 10 years? What will you do?

– When I was young, I thought a lot about what I would do after volleyball. Now I just want to play at the highest level, and just think about volleyball. I have no other thoughts, I am focused on this present occupation.

For more volleyball news from this country click on Russia.