Russian men’s team will get the visa to enter Japan tonight, where next week will begin men’s World Grand Champions Cup. The first two games of the day for the men’s national teams will take place in many years the country’s capital and its main tourist city -Kyoto. It is located 670 kilometers southwest of Tokyo, it does not have its airport and the road by bus will take a minimum of 6 hours and a high-speed train – 2 hours 40 minutes. 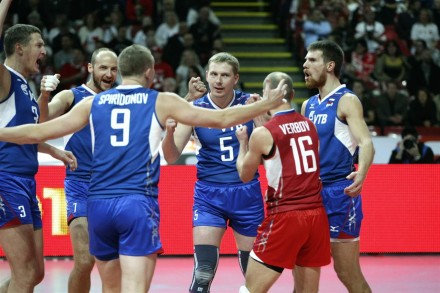 The Russian team will solve the problem of acclimatization and challenging long journey, arrived in Japan for two days before the official start of training and resettlement in the hall, all the teams that provide the organizers of the competition. It is expected that Andrey Voronkov and his players will arrive at the airport, “Narita”, located near Tokyo on Saturday morning, Nov. 16. Russian men’s team will stay two days in Tokyo, and then travel to Kyoto.

The first Russian rival in the tournament in Japan is the Italian team. Compared with the composition of which winning gold medal of European Championship 2013, the World Grand Champions Cup will be just one change: instead of the injured Alexey Verbov, libero of Lokomotiv Novosibirsk – Valentin Golubev will flies to Japan.