RUS W: There could be only one Dinamo – Kazan beat Moscow 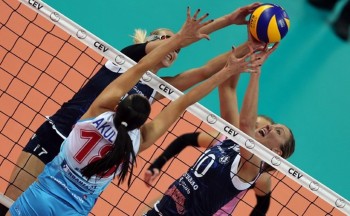 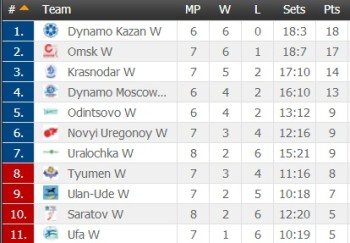 Kazan had a superb start and won first two sets on point difference. But, couldn’t break the spirit of Moscow team. Away squad kept fighting and came just a point away of unbelievable turnaround.

Moscow reached the tie-break, saved one set ball, and then took the 15-14 lead… But, stopped there. Kazan won three points in a row, last one after blocking Marchenko and won the match.

Two main figures of the game were Gamova and Obmochaeva who were almost unstoppable in attack.

Watch all videos from Russian Championship W on WoVVideo.