CC M: “This is only the first game, the second one will be more difficult” said Konstantinov

Guberniya NIZHNIY NOVGOROD made another giant step towards a historic success in its debut season in continental club competitions. The team of coach Plamen Konstantinov have crushed visiting PARIS Volley in the straight sets in the first final match of the 2014 CEV Volleyball Cup - Men. After the match they were satisfied. 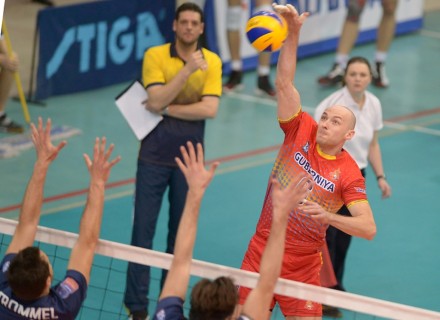 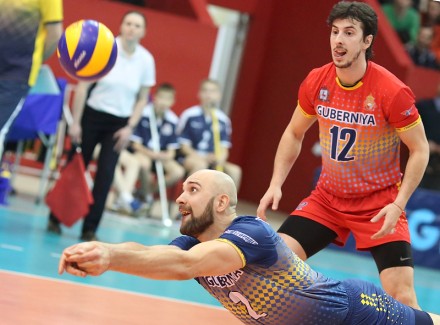 “It is not easy to speak, when you lose a game, but 0-3 seems to me too much for today,” Sidibe commented after the match.  “We could have done better today, but we still hope to win at home. We were outplayed by the Russians.  In the second and the third sets we were very close, but missed some small details.  We could not ground the ball after a good play in defence, for example, and it was the key point of the match.”

Dorian Rougeyron looked a little upset when the game was over:  “The Russian team was very good tonight, and if we want to win the second game, we should believe that it is possible to do.  It seems to me that my guys feel that Guberniya is too strong for us.  Without it we will have no chance on Saturday.”

His Guberniya counterpart Plamen Konstantinov was, of course, shining bright like a diamond:  “Today we prepared very well for the game despite some bad results in our national championship.  Our team has two different faces and shows the best one in Europe.  PARIS Volley is a strong team, but we were ready and our scouts worked very well.  My players did their best, but this was only the first game.  The second one for sure will be much more difficult.  Unfortunately, it will be in France and we should know that two games are never quite the same.  We should be ready for a tough match on Saturday.”

Guberniya needs to win only two sets from the return encounter in the French capital on Saturday, starting at 20:00 local time, to triumph with the trophy.