Attacker of the Turkish team Fenerbahce Lyubov Sokolova flew to Ekaterinburg on Tuesday, where the volleyball team will play for the Yeltsin Cup, President of Russian Volleyball Federation (VFV), Stanislav Shevchenko said. 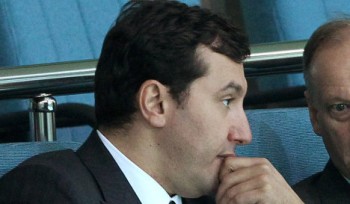 Sokolova did not go to the qualification Olympic tournament in Tokyo. Previously, the federation reported that the attacker complains about her health and family problems, and the chances of her trip to London is minimal.

“Sokolova flew to Ekaterinburg, where the team will participate in the Yeltsin Cup. She joined the national team” Shevchenko said.

VFV President admitted that he does not know what are the reasons that changed her original decision. “I can’t answer this question, it is better to ask her. She called and said she wanted to be in the team for the Olympics. No, she wasn’t persuaded. This is her personal decision” he said.

According to Shevchenko, Sokolova will be “very useful” to the Russian team at the Olympics.

“I think that the team will meet normally. This is one of the leaders of our team. On the eve of the Olympics, we need to have a very strong line-up” he explained.

Women’s national team flew out of Moscow on Monday. Tatiana Kosheleva went to Ekaterinburg together with the team, she returned from the hospital in the German capital on June 29. On the European Olympic qualification tournament the attacker sustained a back injury, also in Munich, she underwent surgery on the meniscus. Kosheleva extended the period of her rehabilitation twice .

“Now her health is all right. We hope that we will play at the Olympic Games with our best available team” concluded Shevchenko.

WL M: Giba – we will fight against the Polish team