RUS M: Zenit and Belogorie to play Supercup on November 8

The first big derby between Zenit and Belogorie will be played on November 8 in the Supercup final. 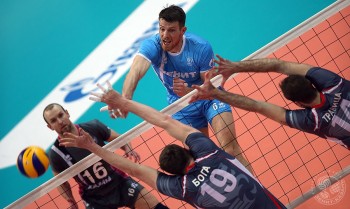 Like in previous two years, two Russian powerhouses will open the new season with a big clash in the Supercup final. Zenit and Belogorie will fight for the first trophy on November 8.

Recall that Belogorie and Zenit met in last two Supercup finals and both times Belogorie won the trophy.

WC M: Speraw – “I wondered what our mentality would be…”