Alexander Markin might avoid suspension, despite he was tested positive on doping test! 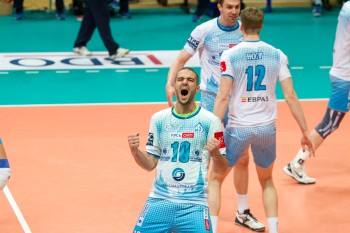 After more than 100 active athletes have been tested positive on the illegal substance meldonium, there is a chance that none of them will be punished! And this is why…

Latvian pharmaceutical company Grindex, which has been manufacturing the mildronate drug (contains meldonium) announced that meldonium can remain in human body for several months after consumption! So not a few weeks, but a few months!

It means that all those athletes that have been using the drug in December 2015 simply could not “clean” their bodies until January 1, 2016, when medlonium was officially banned by WADA (World Anti-Doping Agency).

Therefore, there is still hope for Alexander Markin and all the other athletes to avoid suspension…

ITA M: BOOOM! Earvin Ngapeth sent the ball up to the ceiling! (VIDEO)

CL: CEV may reduce the number of teams in the Champions League

Why to condemned athets for consuming a sustance that was recently banned and can sray in your system for long?? Russia is a powehouse of this sport do i dont see how is right to leave the the olympic champion out of rio’s tournament

This is disgusting!
Russian bullies and their money are talking, not sport, not dignity!

PHOTO OF THE DAY: Victorious kiss of...