Longtime leader and captain Sergey Grankin returned to one of the most prominent Russian men’s volleyball Superliga clubs Dinamo Moscow. 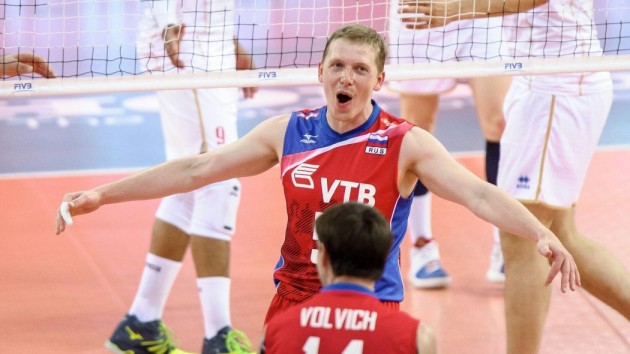 After one season away from Dinamo Moscow, a 33-year-old setter Sergey Grankin has returned to the club from the Russian capital. He spent the last season in Belogorie Belgorod.

Before this, Grankin has worn the jersey of Dinamo for 11 straight seasons during which he collected 479 games in various national and international tournaments. Thus, he established himself as the club icon.

Grankin is considered one of the best-ever liberos of the Russian volleyball, winning 2012 London Olympics and CEV European Championship (awarded Best Setter) and FIVB World League twice each.

PHOTO OF THE DAY: “Tsetso” begins his battle to recover from surgery

It look like a mistake is here. ‘Grankin is considered one of the best-ever liberos of the Russian volleyball…’.
However, it is a good news. I hope he will one more tittle at WCH in next Sep.