A real Volleyball fever is spreading around in Turkey’s megalopolis where this weekend four elite teams will be showcasing world-class actions as the trophy of Europe’s most elitist competition, i.e. the CEV Volleyball Champions League, will be at stake. Read latest volleyball news on Worldofvolley.com. 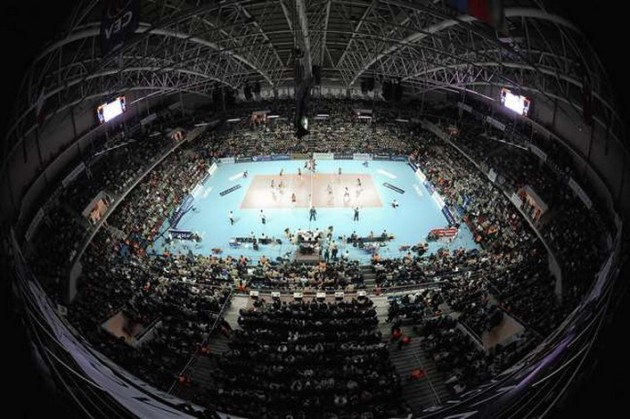 The weekend will get started on Friday as the premises of Galatasaray University will host a press conference to be attended by CEV President André Meyer, local authorities as well as by the head coaches and captains of the four participating teams.

This media event is scheduled for 10 am (local time) at Aydin Dogan hall of Galatasaray University whose historical buildings are located right on the banks of the Bosphorus.

Vakifbank ISTANBUL will try to seize the day once more after finishing atop of the charts two years ago as the final four was first held at Burhan Felek sports hall, the magnificent complex owned and managed by the Turkish Volleyball Federation. However, along the way to the final act, the players mentored by Italian-born head coach Giovanni Guidetti will first have to edge the hosts and local heroines of Galatasaray Daikin who celebrated this season their first appearance in the Champions League after last year they had made it to the final of the CEV Volleyball Cup.

In the other semifinal that will open the program on Saturday afternoon at 2 pm the silver medalists from the 2012 FIVB Club World Championships, Azerbaijan’s Rabita BAKU, will be playing the real sensation of this season, Italy’s rookie Unendo Yamamay BUSTO ARSIZIO. The winners of the 2010 and 2012 CEV Volleyball Cup could march straight to the final four and will be trying to carry the hopes of Italy’s Volleyball family though Rabita remains the clear-cut pre-favorite of this clash.