WCHJ W: Mexico had no chance, Turkish girls in quarterfinals 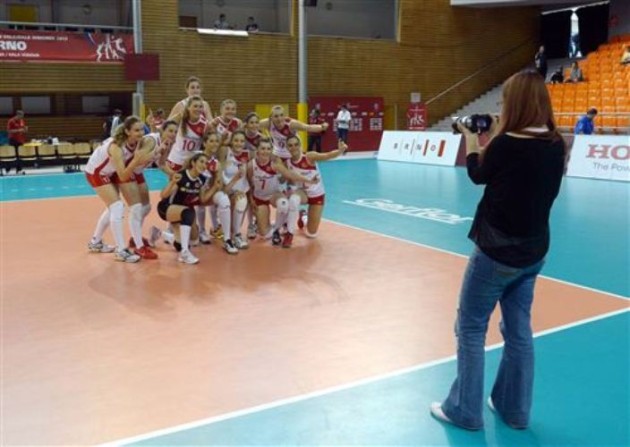 Turkish girls thrilled with the victory over Mexico

The first set was an easy walk for Turkey (25-14), with Mexico scoring only 4 points directly.

In the second one, Mexico entered with more motivation to take a 10-6 advantage, but their opponents got the chance to match them at 13-13 and then rush for the 2-0.

Nothing changed in the following set: the superior attack from Turkey did not allow any possible reaction from Mexico.

Coach Estanislao Vachino tried almost all his players to obtain a good but too short reaction from his team (23-23).

Turkey did not allow more: a quick attack of Kubra Akman and a block of Ceyda Aktas sent Mexico to the play-off rank .

Best scorers in Turkey were: Ceyda Aktas with 15 and Kubra Akman with 12 points. In Mexico: Lizbeth Sainz eight points – only double digit in the losing team.

TUR M: The reigning champions are down...