Japan enter the semifinal of the Women’s U20 World Championship thanks to their perfect match against world No. 4 Turkey: 3-0 (25-19, 25-23, 25-21). This match breaks all the dreams of the same group of players which was crowned world champion at the Youth World Championship in 2011 as host team in Ankara. 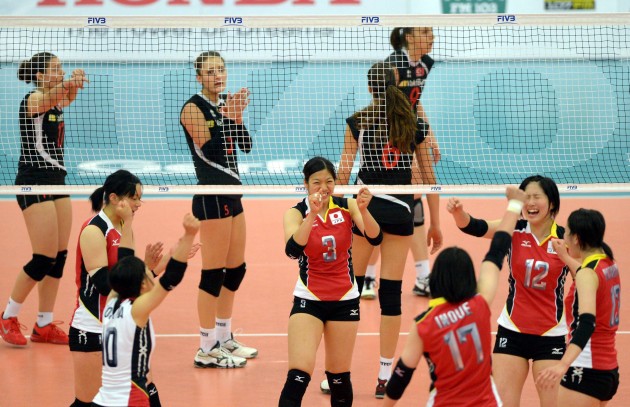 Several mistakes in passing and attacking in the Turkish court allowed Japan to lead the first set: the Japanese team used their passive block and defence to build up their counterattack. Turkey played with some distress even in the second set, suffering the consistence of team Japan. Edman Gökhan’s squad wasn’t effective as in the past days in attack: the coach sent in the court almost all is players in to achieve some more points and they managed to tie several times. Two rallies decided the set and probably the whole match: a spike by b (23-24) and an error by Turkey Seyma Ercan (23-25).

In the third set, after a long chase after Japan, Turkey got the 11-all and then a temporary advantage. However, Japan immediately reacted reading perfectly the playing system of Turkey, even with a different line up. The Europeans tried their last attempt to go for a tie break: Damla Cakiroglou’s ball out and a Japan’s ace closed this surprising match, to bring joy and tears on the two sides of the court.

WL M: Vital Heynen – “I’m disappointed to be in Belgrade”