TUR: Miljkovic in Fenerbahce for next two seasons

The champion of Turkey, Fenerbahce Grundig Istanbul, has extended the contract with the best volleyball player of the club, Ivan Miljkovic. 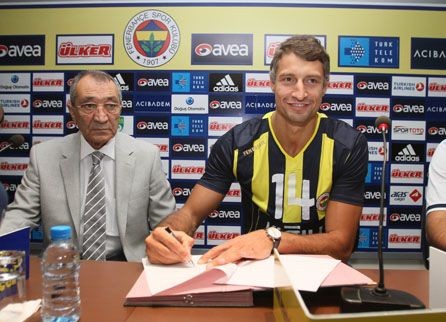 Miljkovic in Fenerbahce for next two seasons

Ivan Mijkovic is one of the best spikers in the world. The Serbian volleyball player won with Fenerbahce the championship of Turkey and was voted the most efficient player of the final series of the playoff.

The Turkish champion and Ivan Mijkovic have prolonged the cooperation for the following two years.