A famous banner of RC Cannes says - "Yes, we Cannes". But, VakifBank says - "No, you can't". Impressive performance of Giovanni Guidetti's sqaud! 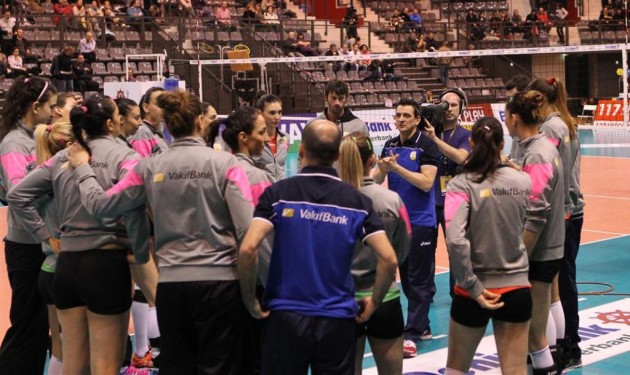 It was a big derby of the Champions League, a clash of two old rivals. But, it turned out that the game was one-sided. VakifBank has just crushed RC Cannes.

Just read this fact – in the first set players from the French team scored 5 points alltogether! The remaining 6 came after the mistakes of VakifBank!

But, those were just rare moments when Turkish side gave points to its rivals. Squad of Giovanni Guidetti was brilliant in offense. Rašić (15 points) and De Kruijf (12 points) were attacking through the middle, Sheilla (12 points) and Costagrande (10 points) from the flanks… You can see the outcome.

We also have to mention that RC Cannes was playing without one of the best players. Juliann Faucette watched the whole game from the bench.