Turkish men´s league is full of stars, but women´s edition… is like Milky Way! 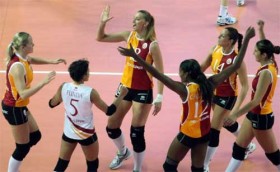 Despite their 3:1 defeat in the first league round against Fenerbahce Universal, Galatasaray will definitely be a strong opponent to Turkish top-teams.