By edging the local heroines in straight sets in the last day of action in Tekirdag, a city located in Eastern Thrace, Serbia’s national team finished atop of the charts as the Balkan Junior Women’s Championship sponsored by Halkbank came to a close on Saturday. 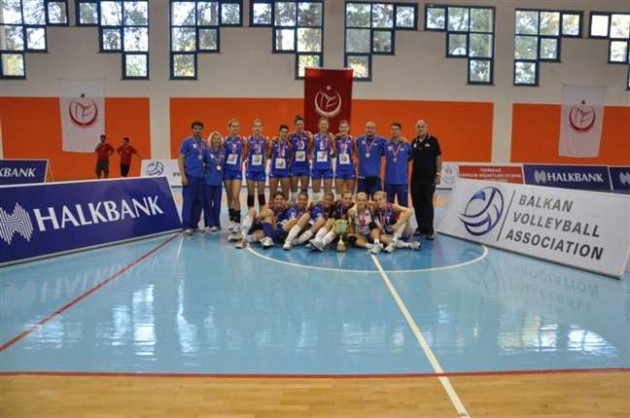 The competition was joined by a total of six teams and played as per the format of a single round robin. Serbia was already ranked first before the last series of showdowns having swept all of their previous matches thereby pocketing a total of 11 points. Saturday’s schedule started with the clash starring Romania and Bulgaria that were ranked second and third respectively before the last round of action. Even though they lost the opening set, the girls from Bulgaria cruised to a 3:1 win to move up to second in the standings with 11 points.

Afterwards, Greece beat Montenegro in straight sets to claim their only win of the tournament and finish their campaign in fifth place.

Turkey needed to score a 3:0 win over Serbia to claim gold in the competition and even the point ratio was eventually going to count. On the other side, Serbia needed just one set to back up its provisional first place but eventually powered to a 3:0 win (25-18, 25-14, and 25-23) to finish the tournament with an immaculate record of 5 wins in as many matches and retain its crown from last year.